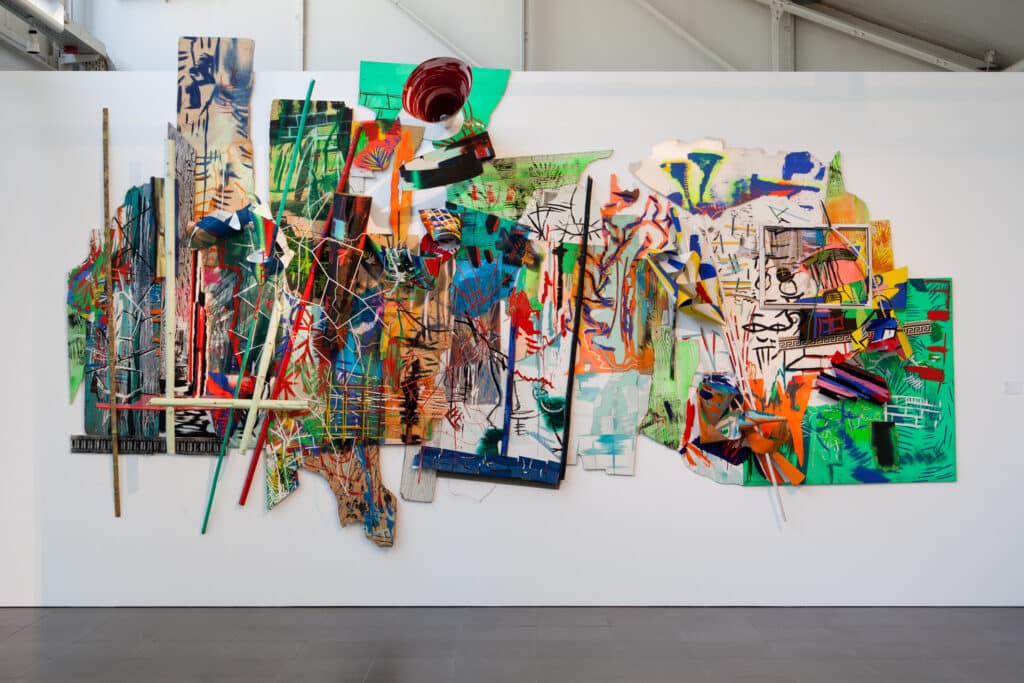 Precisely accurate images of banal soup cans, a hyperrealist sculpture of a lady wearing curlers: what Peter and Irene Ludwig brought with them from the studios of New York in the 1960s was unheard of. Already in 1968, even before the documenta show ennobled Pop Art, the collector couple had shown works by Andy Warhol, Duane Hanson, and Roy Lichtenstein. Works which are today world famous and have a firm place in the canon of art history.

Beyond the big names and world famous works there always remains space for positions which elude established categories – very much in the spirit of the visionary aspiration fostered by the Ludwigs to survey the landscape of contemporary art in great detail and present the art of their time in all its diversity. It is precisely these hitherto little known and yet highly interesting works of the collection which the exhibition Die anderen Amerikaner focuses on: positions taken by somewhat lesser known American artists, but also unusual works by more renowned colleagues. With this presentation the Ludwig Forum Aachen is embarking on a journey on the byways of the American art scene and at the same discovering the collection of Peter and Irene Ludwig anew. A retrospective view after thirty, forty years – the time has come to hoist such treasures out of our depot and break open ingrained viewing habits. It’s time for a reevaluation.

The Other Americans is an exhibition directing our attention to the diverse facets of art in the USA during the 1970s and 1980s, facets which more often than not defied conventional classifications. Two themes in particular stand out: graffiti painting and works of the Pattern and Decoration movement.

At the beginning of the 1970s young sprayers conquer the New York underground. Many of them are from the ghettos of Harlem and the Bronx, call themselves Crash, Ero, and Lady Pink, listen to hip hop, and are often not even yet of legal age when they spray building walls, subway stations, and subway cars, without worrying about the law or the elitist understanding of art held by mainstream America. They place their initials and tags in the most prominent place possible in public space, often commenting on the situation of the underdogs, the socially outcast and repressed minorities. As the 1980s unfold some of them move from the street into the art galleries and start to spray on canvas. The Ludwigs brought such works to Aachen, amongst them pieces by Crash (John Matos). Still successful today, he combines graffiti with Pop Art elements. The spectacularly colorful sprayed images of Daze, with whom he shared a studio at the beginning of the 1980s, engage the immediately present everyday world, advertising, television, and comics.

The second focal point is devoted to the Pattern and Decoration movement (1975-1985). At first glance, many of the works bristling with a zest for life look like purely ornamental arts and crafts, characterized by wallpaper-like patterns, decorative ornamentation, or aggressively colorful compositions. The artists frequently quote forms from non-Western cultures and produce their works with traditional female handicraft techniques. Miriam Schapiro, Robert Kushner, Kim MacConnel, and others are responding to the preceding purist currents of Minimal and Concept Art, drawing in many respects on the extravagant hippie movement and celebrating the return of fantasy, color, diversity of forms, and emotions. But they not only question traditional aesthetic notions of art, but also the political and social conditions, including the status of women, indigenous Americans, and ethnic minorities. The works of the Pattern and Decoration movement have scarcely been considered in Europe up until now. The Ludwig Forum takes the first step.

The Other Americans, Installation Views 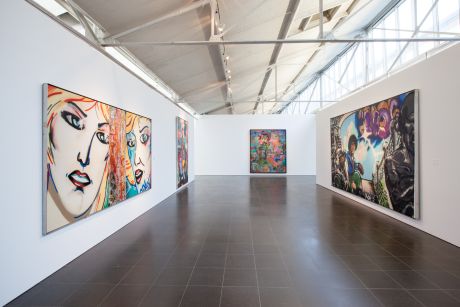 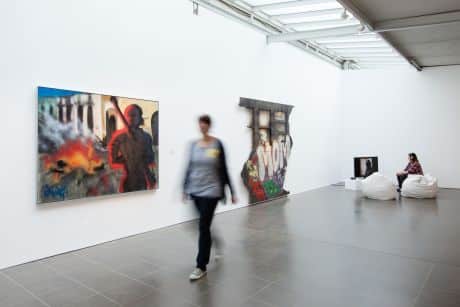 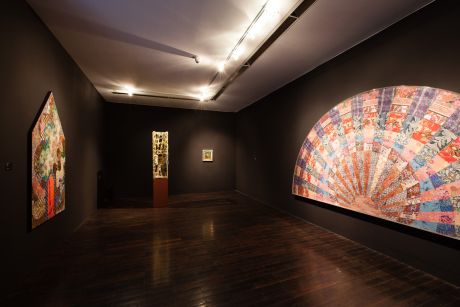