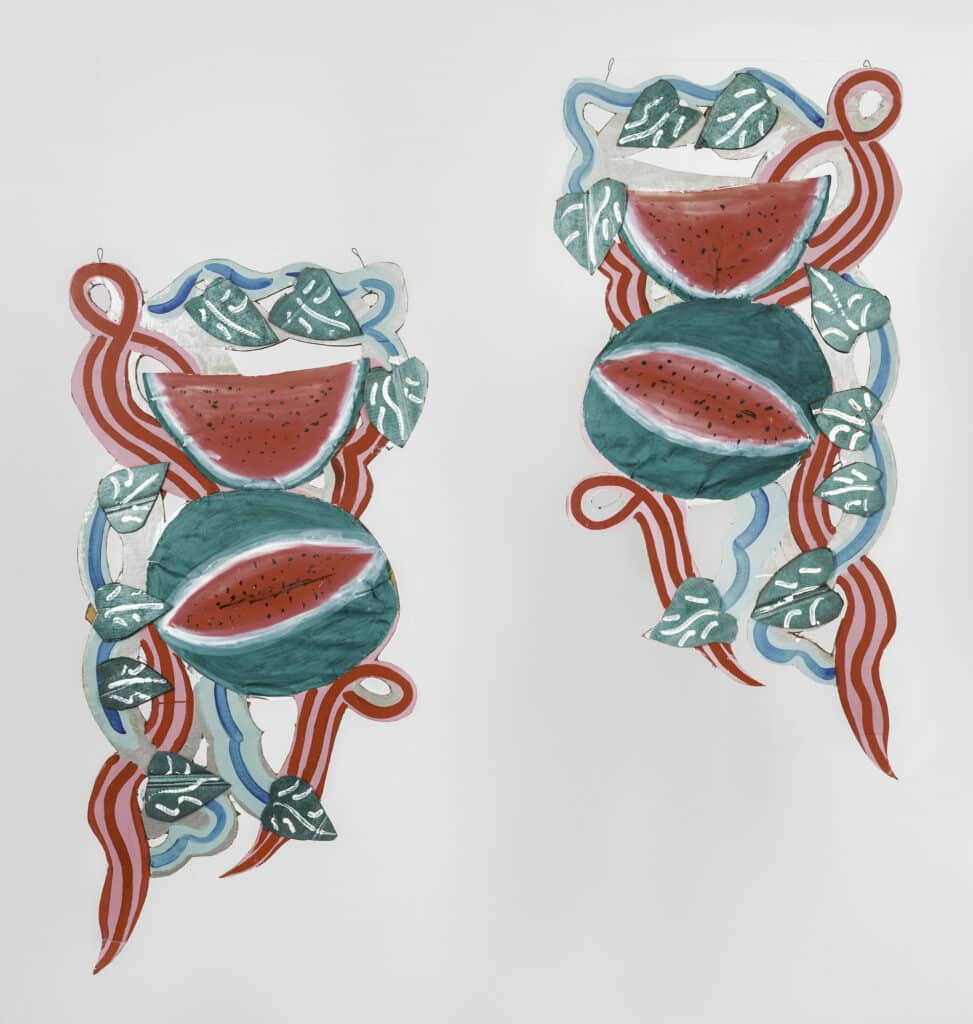 The exhibition Geometry and Flowers from the Ludwig Forum’s extensive collection presents around fifty works by mainly North American artists from the 1960s to the 1980s, proving that Peter and Irene Ludwig’s collection has far more to offer than the Pop Art which has made it famous. Geometry and Flowers draws an arc between the strict geometric forms of Minimalist painting and the colorful floral motifs of the Pattern and Decoration movement – both artistic movements that have each made significant contributions to art history in their own way.

From today’s perspective, looking back offers the opportunity to experience works of art together that have never met before in time or place. Joan Jonas’s video work Disturbances (1974) can be viewed alongside Bruce Nauman’s Wall-Floor Positions (1968) – both having in common the artistic incorporation of the artist’s own body into the work, despite their very different content. Sol LeWitt’s conceptual drawings come to encounter the equally intricate studies of weaving patterns by Joyce Kozloff, to name just two of several examples of how this presentation of the collection departs from the established narrative of postwar modernism.

Part of this shift in perspective is the dedication of a separate room to the Pattern and Decoration movement, as well as highlighting works by Laurie Anderson, Jo Baer, Donna Dennis, Nancy Graves, Valerie Jaudon, Joan Jonas, Joyce Kozloff, Lee Lozano, and Miriam Schapiro, some of the important protagonists of the 1960s and 1970s, as the achievements of many women artists – and not only at that time – have often been overlooked or marginalized.